Former WVU and NFL RB Amos Zereoue speaks with Jumping Castle Joe Lisi at the 2015 Boomer Esiason Empire Challenge. Amos had a standout career in Morgantown and was recently named to the West Virginia Hall of Fame. 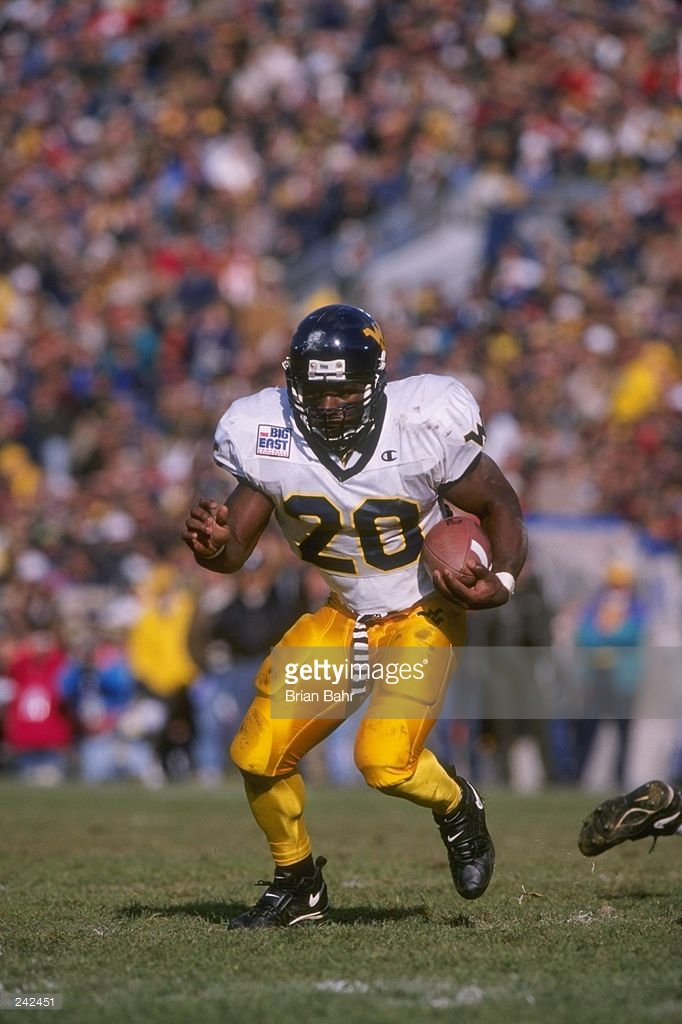