Scottie Graham speaks to Joe Lisi regarding the upcoming 2015 season for the ASU Sun Devils. ASU defeated four of six Top 25 teams last season and ended their 2014 campaign on high note by defeating Duke in the Sun Bowl. The Sun Devils have some key components in place to make the 2015 be a very successful season in Tempe.

Joseph Lisi is a member of the FWAA (Football Writers Association of America), the Maxwell Football Club and the National Football Foundation. He is the owner of the website: www.goforthe2.com and hosts a weekly college football radio show on SB Nation Radio and FNSTY Sports Radio from 10-12pm EST every Saturday morning. Listen live at: www.sbnationradio.com or www.fntsy.com/radio. Joseph is a former college football researcher for ABC Sports and has been featured on: SportsXRadio with Ken Thomson, ESPN Radio, Sirius XM Radio, FNTSY Sports Network, the Sid Rosenberg Show (640 AM Sports-South Florida), 1560 AM CBS Sports Melbourne, FL and multiple media outlets throughout the nation. Joe appears every Friday with Ken Thomson on SportsXRadio for the Football Fiasco in which every game on the college board is broken down during the show. Follow Joe on Twitter: @goforthe2
@https://twitter.com/GOFORTHE2
Previous July 10, 2015 Morlon Greenwood Football Camp
Next Ki-Jana Carter Talks With Joe Lisi 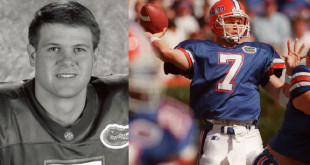