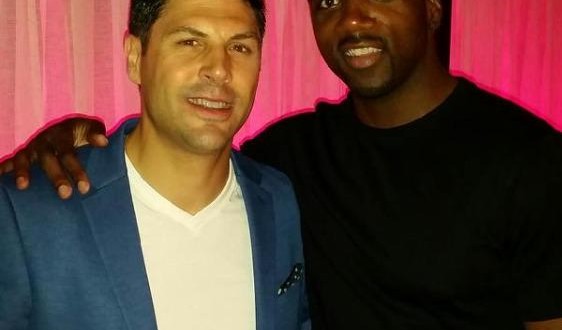 Donte Stallworth was a standout for the Tennessee Volunteers from 1999-2001. In his career in Knoxville, Stallworth recorded 99 receptions for 1,747 receiving yards averaging 17.6 yards per catch with 13 touchdowns. Stallworth could make every catch in the game and had the speed to burn defenders deep on every play. In his final season in Knoxville in 2001, Stallworth averaged 20 yards per reception which was second in the SEC among starting receivers. Donte stepped up in the Volunteers biggest games and he develop throughout his career in becoming one of Tennessee top ten best receivers All-time (1,747 yards 9th best).
Stallworth became a #1 draft pick by the New Orleans Saints in the 2002 NFL Draft and had a ten year career in the NFL for the Saints, Eagles, Patriots, Browns, Ravens and Redskins. In his NFL career, Stallworth recorded 321 receptions for 4,837 yards averaging 15.1 yards per catch with 35 touchdowns.

It was great to hear Donte’s opinions about his career in Knoxville and his thoughts about current head coach Butch Jones in bringing back enthusiasm to the football program.

Joseph Lisi is a member of the FWAA (Football Writers Association of America), the Maxwell Football Club and the National Football Foundation. He is the owner of the website: www.goforthe2.com and hosts a weekly college football radio show on SB Nation Radio and FNSTY Sports Radio from 10-12pm EST every Saturday morning. Listen live at: www.sbnationradio.com or www.fntsy.com/radio. Joseph is a former college football researcher for ABC Sports and has been featured on: SportsXRadio with Ken Thomson, ESPN Radio, Sirius XM Radio, FNTSY Sports Network, the Sid Rosenberg Show (640 AM Sports-South Florida), 1560 AM CBS Sports Melbourne, FL and multiple media outlets throughout the nation. Joe appears every Friday with Ken Thomson on SportsXRadio for the Football Fiasco in which every game on the college board is broken down during the show. Follow Joe on Twitter: @goforthe2
@https://twitter.com/GOFORTHE2
Previous AFL Insider Jason “Coffee” Jones Joins Joe Lisi
Next 10 Offensive Players That Will Make Or Break Their Teams In 2015 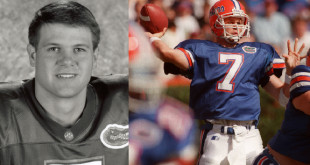