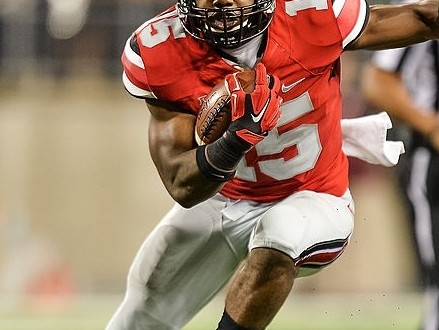 Ohio State vs. Virginia Tech Week 1 “Inside The Numbers”

Week 1 Ohio State vs. Virginia Tech “Inside The Numbers”

The Hokies lost 6 games last year, however, 5 of those losses came by a total of 20 points. Virginia Tech was very solid on the defensive line and finished the 2014 season with 48 total sacks which was the 3rd best in the nation. Virginia Tech had the 21st best statistical defense in the country allowing 341 total yards per game. However, as good as the defense was in 2014, the Hokies struggled with ball security and finished the 2014 season with a -4 turnover margin (89th in the country). In the Hokies 6 losses last year, the team committed 13 turnovers and lost the turnover battle in five of those losses. Virginia Tech’s 6 losses came to opponents with a combined record of 41-37 (.525). QB Michael Brewer was hot and cold in 2014. In the Hokies 7 wins, Brewer threw 12 TD’s and 9 INT’s. However, in the six losses, Brewer threw for only 6 TD’s and had 6 INT’s in that stretch. Brewer failed to throw for over 300 yards in all but one game in 2014.

All of the talk during the regular season by the college football “experts” last season revolved on how weak the Buckeyes schedule was. Well, when looking back at Ohio State’s 2014 schedule the Buckeyes played a total of 12 bowl teams including Alabama and Oregon. Ohio State finished the season with a +7 in turnover margin which was ranked 32nd overall in the country. Ohio State finished the 2014 season with the 19th best statistical defense allowing 342 total yards per game. The Buckeyes finished last season with 45 total sacks which ranked 13 best in the nation and finished with the 34th best rushing defense in the country allowing 141 rushing yards per game. Ohio State was solid defensively in holding opponents on third down conversions allowing their opponents to get first downs only 34.7% of the time (16th best in the nation). During the Buckeyes magical three game run against Wisconsin, Alabama and Oregon- Ohio State held those opponents to 9 of 43 on third down conversions (20.9 %). On the year, the Buckeyes averaged 31 minutes in the time of possession.

Listen to Joe live every Saturday 10-11am EST on Yahoo Sports Radio Network.