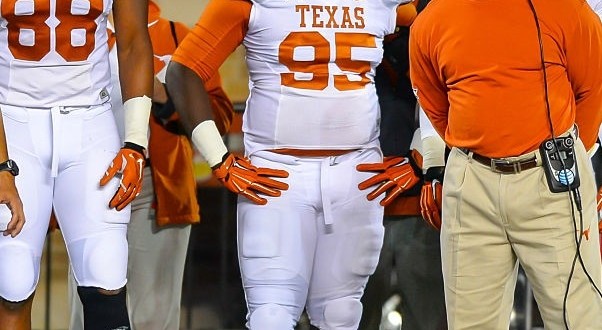 Texas vs. Notre Dame Week 1 “Inside The Numbers”

Head coach Charlie Strong had a very active defensive front that recorded 40 sacks in 2014 (ranked 11th overall). The Longhorns bought into Strong’s defensive philosophy and looked very good at times in 2014. The Longhorns allowed 184.2 passing yards per game which was the 11th best passing defense in the country. Texas struggled with ball security and finished the 2014 season with a -3 turnover margin. The Inflatable Water Slide Longhorns struggled away from home in 2014 compiling a 3-4 overall record on the road or on a neutral field site. On the year, the Longhorns struggled to score points and averaged 21.4 points per game in 2014 (ranked 109th in the nation). In the Longhorns 7 losses last season, the team was outscored 132 to 41 in the second half of those losses. Texas struggled on special teams as well, allowing 30 yards per kickoff return. In comparison, the Longhorns averaged only 19.5 yards per kickoff return. Texas struggled running the football which put pressure on quarterback Tyrone Swoopes and forced the Longhorns into becoming one dimensional in ball games. Texas rushed for 137.4 rushing yards per game which ranked 96th overall in the nation.

The Irish seemed like a Jekyll and Hyde team throughout the 2014. The team started out with a 6-0 mark to start the year and averaged 34.5 points per game during their first six victories of the season. During that stretch, the defense stepped up and allowed 13.1 points per game in shutting down their opponents (Rice, Michigan, Purdue, Syracuse, Stanford and North Carolina). However, after the first six games of the season, the wheels came off the Irish wagon. The team finished the regular season with an overall 1-5 mark in losses to FSU, ASU, Louisville, Northwestern and USC. In the five losses, the Irish defense allowed 41.8 points per game and surrendered an average of 453.6 total yards per game. Notre Dame allowed 187 rushing yards per game to their opponents in those losses. Notre Dame had the 71st defense in the country allowing 404 total yards per game and struggled with turnovers all season long. On the year, the Irish finished with a -3 turnover margin (81st overall). The Irish struggled against Top 25 competition last year compiling an 0-4 overall record (Florida State, Arizona State, Louisville and USC).

Joseph Lisi is a member of the FWAA (Football Writers Association of America), the Maxwell Football Club and the National Football Foundation. He is the owner of the website: www.goforthe2.com and hosts a weekly college football radio show on SB Nation Radio and FNSTY Sports Radio from 10-12pm EST every Saturday morning. Listen live at: www.sbnationradio.com or www.fntsy.com/radio. Joseph is a former college football researcher for ABC Sports and has been featured on: SportsXRadio with Ken Thomson, ESPN Radio, Sirius XM Radio, FNTSY Sports Network, the Sid Rosenberg Show (640 AM Sports-South Florida), 1560 AM CBS Sports Melbourne, FL and multiple media outlets throughout the nation. Joe appears every Friday with Ken Thomson on SportsXRadio for the Football Fiasco in which every game on the college board is broken down during the show. Follow Joe on Twitter: @goforthe2
@https://twitter.com/GOFORTHE2
Previous ASU vs. Texas A&M Week 1 “Inside The Numbers”
Next July 10, 2015 Morlon Greenwood Football Camp