Home / Uncategorized / Week 11 Oregon vs. Stanford “Inside The Numbers”

Week 11 Oregon vs. Stanford “Inside The Numbers”

Since 2010, the Oregon Ducks are 3-2 against the Stanford Cardinal have won those games by an average margin of 24.3 points per game. Last year, the Ducks defeated Stanford 46-16 in Autzen Stadium.

The Ducks have been playing very consistent offensively over the last two games in victories over Arizona State and California. On the season, the team is averaging 42.2 points per game and has the 5th best rushing offense in the nation averaging 305 yards per game. The Ducks are passing for 238 yards per game and will be looking to start fast in this game to put the pressure on the Stanford offense to play catch up. Quarterback Vernon Adams is a dual threat signal caller that has gained confidence as the year has progressed. Adams has completed 58.8% of his passes for 1,468 yards with 14 touchdowns and 5 interceptions. Oregon will look to utilize multiple formations to get their play makers in space against the Cardinal defenders. Running back Royce Freeman is a solid runner that has great vision and cutting ability to find running lanes. Freeman can also pound the rock between the tackles and has rushed for 1,289 yards averaging 6.6 yards per carry with 11 touchdowns. Wide receivers Bralon Addison and Darren Carrington are speedy players that are able to find seams in opposing secondaries. On the year, Addison leads the team with 42 receptions for 532 yards with 6 scores while Carrington has added 14 receptions for 344 yards with 3 touchdowns. Look for Oregon to utilize the speed on the perimeter to challenge Stanford not only running the football but in the short to intermediate passing game. Oregon has had great success when scoring first on opponents and likes to play up-tempo to force teams to match them score for score.

Defensively, the Ducks are allowing 37.2 points per game and have given up 170 rushing yards per game to their opponents. The defense will be challenged by a very physical “blue collar” offensive line in Stanford and the Ducks will need to force third down and long situations for Stanford to make them one dimensional. Oregon has not been good in pass coverage this year and is yielding 318 passing yards per game. Oregon cannot allow Stanford to run the football effectively which will force their safeties to come up in run support and open up the deep ball in the play action passing game. The Ducks have done a solid job in creating pressure this year and have recorded 28 sacks as a unit. Defensive tackle Deforest Buckner leads the team with 7 sacks and linebacker Joe Walker leads the team with 57 total tackles. Oregon is +3 in turnover margin and will need to force mistakes from Hogan to help out Adams and the offense.

This game is a contrast in styles and the Cardinal will want to pound the football at the Oregon front seven on Saturday. Stanford is allowing 37.1 points per game and is coming off of an impressive road victory over PAC-12 opponent Colorado last Saturday. The offense is averaging 227 rushing yards per game and is passing for 213 yards through the air this season. The Cardinal are led by senior quarterback Kevin Hogan who has won big games in his career in Palo Alto. Hogan is a mobile quarterback that has completed 66.2% Bouncy Castle For Sale of his passes for 1,831 yards with 16 touchdowns and 6 interceptions. Hogan has a strong arm and has been able to stretch teams vertically, however, in order to win this game the running game will need to have success. Stanford has struggled when the rushing attack has been held in check and look for the Cardinal to be patient and  to revolve the game plan around running back Christian McCaffrey. McCaffrey is an explosive runner that can take it to the house every time he touches the football and leads the team with 1,207 yards averaging 6.1 yards per carry with 6 touchdowns. McCaffrey is able to hit the running lanes with great speed and is able to change direction and not lose his speed in cuts. Look for Stanford to feed him early on to set the tone for the offense and to wear down the Ducks defenders. Wide receivers Austin Hooper leads the team with 22 receptions for 356 yards with 5 scores and is a sure handed receiver that can make plays over the middle of the field.

Stanford will need to play disciplined in the secondary on Saturday night and must be able to read formations against Oregon. The unit has allowed 20.2 points per game and is very solid in shutting down the run this year giving up 123 yards per game. The weak spot for the defense has been the secondary which is giving up 215 yards per game and struggled with an up-tempo passing attack from Washington State two weeks ago. In order to get this home victory, the defense must be able to contain Vernon Adams and keep in the pocket. Adams has been inconsistent in times and has shown to force throws into coverage when pressured. On the year Stanford has recorded 17 sacks through the first nine games and is a main difference from last season in which they had 46 sacks as a unit. Linebacker Blake Martinez leads the team with 94 total tackles and is always around the football. Martinez is the emotional leader of the defense and look for him to spy Adams to keep him in the pocket and from breaking contain. Stanford will need to force turnovers in this game and the Cardinal are even in turnover margin entering this game.

The post Week 11 Oregon vs. Stanford “Inside The Numbers” appeared first on Go for the 2.
Source: goforthe2 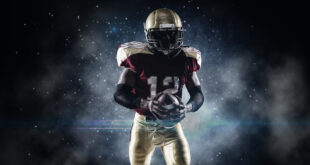