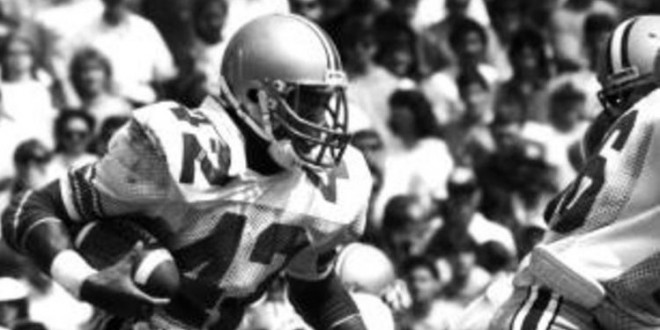 Former Ohio State running back Vince Workman joins Joe Lisi on The Weekly Blitz. Workman was a standout for the Buckeyes from 1985-1988 rushing for 1,882 yards Bouncy Castle averaging 4.6 yards per carry with 13 rushing touchdowns. He was an excellent receiver who caught 54 passes for 584 yards with 2 touchdowns. Workman played in the NFL from 1989-1996 rushing for 1,737 yards averaging 4.4 yards per carry with 13 touchdowns. He also caught 179 passes for 1,294 yards with 7 touchdowns. Workman was an all purpose running back who played with intensity and heart. He went on to be a scout for the Packers from 1999-2001 and become assistant strength coach for Green Bay from 2001-2005.

Joe is a member if the FWAA (Football Writers Association Of America), National Football Foundation and the Maxwell Football Club and is currently the content editor at www.2FiveSports.com.

He has contributed to  to www.Sid-Rosenberg.com and has been a featured guest every Tuesday night from 10:30-11:30pm EST on Yahoo Sports Radio With Ken Thomson (www.sportsxradio.com).

Joseph Lisi is a member of the FWAA (Football Writers Association of America), the Maxwell Football Club and the National Football Foundation. He is the owner of the website: www.goforthe2.com and hosts a weekly college football radio show on SB Nation Radio and FNSTY Sports Radio from 10-12pm EST every Saturday morning. Listen live at: www.sbnationradio.com or www.fntsy.com/radio. Joseph is a former college football researcher for ABC Sports and has been featured on: SportsXRadio with Ken Thomson, ESPN Radio, Sirius XM Radio, FNTSY Sports Network, the Sid Rosenberg Show (640 AM Sports-South Florida), 1560 AM CBS Sports Melbourne, FL and multiple media outlets throughout the nation. Joe appears every Friday with Ken Thomson on SportsXRadio for the Football Fiasco in which every game on the college board is broken down during the show. Follow Joe on Twitter: @goforthe2
@https://twitter.com/GOFORTHE2
Previous Jan. 12th Joe Lisi Recapping National Championship On Yahoo Sports Radio
Next CFB Retro Podcast: Tyler Russell