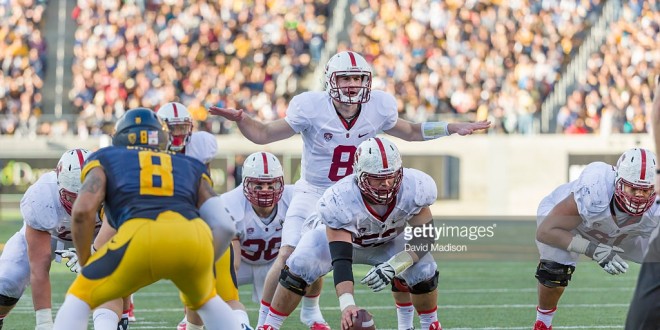 Stanford vs. Northwestern “Inside The Numbers” Week 1

The Cardinal averaged 27.2 points per game Jumping Castle in 2014 and lost a total of 3 games by a total of 9 points (USC by 3, ND by 3 and Utah by 3). Stanford is led  by senior quarterback Kevin Hogan who threw for 2,792 yards with 19 touchdowns and 8 interceptions. Hogan is a dual threat quarterback that completed over 65% of his passes and added 5 touchdowns on the ground. The Cardinal rushed for 159 rushing yards per game the team’s lowest total since prior to 2008.  A young offensive line at the start 0f 2014 gelled down the stretch and over the team’s last 6 games of the year, the Cardinal rushed for 180.8 yards per game. Stanford was 4-2 over that span and in the last 3 games of the year, the unit allowed 1 sack (allowed 23 sacks total in 2014).

Defensively, the Cardinal allowed 16.4 points per game and had a total of 46 sacks on the year which ranked 5th best in the nation. Over the team’s last 6 games of the year, Stanford registered 25 total sacks and will need a young inexperienced defense to make up for the loss of 7 starters from last year’s team. Stanford was – 5 in turnover margin and will need to start fast week 1 after making the cross country trip to Ryan Field.

Head coach Pat Fitzgerald and the team lost 5 games by an average margin of defeat of 5.8 points per game last year and will look to win close ball games in the upcoming 2015 season. The Wildcats averaged 23 points per game and struggled with offensive line issues all season long. The unit allowed 34 sacks on the year and the team could not consistently run the football as Northwestern averaged 137 rushing yards per game (100th overall). Northwestern had a pass first mentality in 2014, as the team passed for 217 yards per game and the Wildcats will need a balanced offense this year to make a run in the division. Northwestern was 3-2 on the road in 2014 and the offense started to find its tempo late in the year in victories over Notre Dame and Purdue (both on the road). Over the last 3 games of the year, the Wildcats rushed for 216 rushing yards per game and will look to carry the momentum of success into 2015.

Defensively, the Wildcats struggled to get pressure on opposing quarterbacks with recording only 17 sacks through 12 games.  Over the last 6 games of the year, the Wildcats registered on 3 total sacks and will need more consistently in order to make a division run this coming year.

Joseph Lisi is a member of the FWAA (Football Writers Association of America), the Maxwell Football Club and the National Football Foundation. He is the owner of the website: www.goforthe2.com and hosts a weekly college football radio show on SB Nation Radio and FNSTY Sports Radio from 10-12pm EST every Saturday morning. Listen live at: www.sbnationradio.com or www.fntsy.com/radio. Joseph is a former college football researcher for ABC Sports and has been featured on: SportsXRadio with Ken Thomson, ESPN Radio, Sirius XM Radio, FNTSY Sports Network, the Sid Rosenberg Show (640 AM Sports-South Florida), 1560 AM CBS Sports Melbourne, FL and multiple media outlets throughout the nation. Joe appears every Friday with Ken Thomson on SportsXRadio for the Football Fiasco in which every game on the college board is broken down during the show. Follow Joe on Twitter: @goforthe2
@https://twitter.com/GOFORTHE2
Previous Bowling Green vs. Tennessee “Inside The Numbers” Week 1
Next 8/22 Go For The 2 With Host Joe Lisi On Yahoo Sports Radio

Bowling Green vs. Tennessee “Inside The Numbers” Week 1
8/22 Go For The 2 With Host Joe Lisi On Yahoo Sports Radio