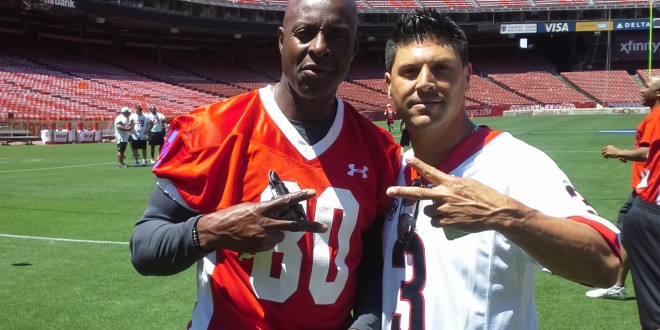 However, I am most proud of my pre-season predictions in which I tabbed the Iowa Hawkeyes to reach the Big 10 Championship game. I also, stated that Auburn was overrated and would be a team that would not have a good ATS this season. The Tigers finished with a straight up record of 6-6 , but a record of 3-9 ATS.  I also predicted the Virginia Cavaliers to be my under .500 team that would be solid ATS. The Cavaliers finished the 2015 season with an overall record of 4-8, however, finished 8-3-1 ATS.
I apologize Alabama fans, kudos, I was Bouncy Castle wrong and will admit it. Great season for Nick Saban and the Crimson Tide. I was also, off on BYU, although the Cougars did need to convert two Hail Mary’s in the first two weeks to pull off their nine win season. Texas and Charlie Strong lost two games on special team woes and might have been able to finish the 2015 season with seven total victories.

This is what makes college football the best game in town. I love the sport- to me there is nothing better!!!

Joseph Lisi is a member of the FWAA (Football Writers Association of America), the Maxwell Football Club and the National Football Foundation. He is the owner of the website: www.goforthe2.com and hosts a weekly college football radio show on SB Nation Radio and FNSTY Sports Radio from 10-12pm EST every Saturday morning. Listen live at: www.sbnationradio.com or www.fntsy.com/radio. Joseph is a former college football researcher for ABC Sports and has been featured on: SportsXRadio with Ken Thomson, ESPN Radio, Sirius XM Radio, FNTSY Sports Network, the Sid Rosenberg Show (640 AM Sports-South Florida), 1560 AM CBS Sports Melbourne, FL and multiple media outlets throughout the nation. Joe appears every Friday with Ken Thomson on SportsXRadio for the Football Fiasco in which every game on the college board is broken down during the show. Follow Joe on Twitter: @goforthe2
@https://twitter.com/GOFORTHE2
Previous Joe Lisi Voice Over For 2015 Arkansas vs. LSU
Next Trev Alberts CFB Hall Of Fame Press Conference